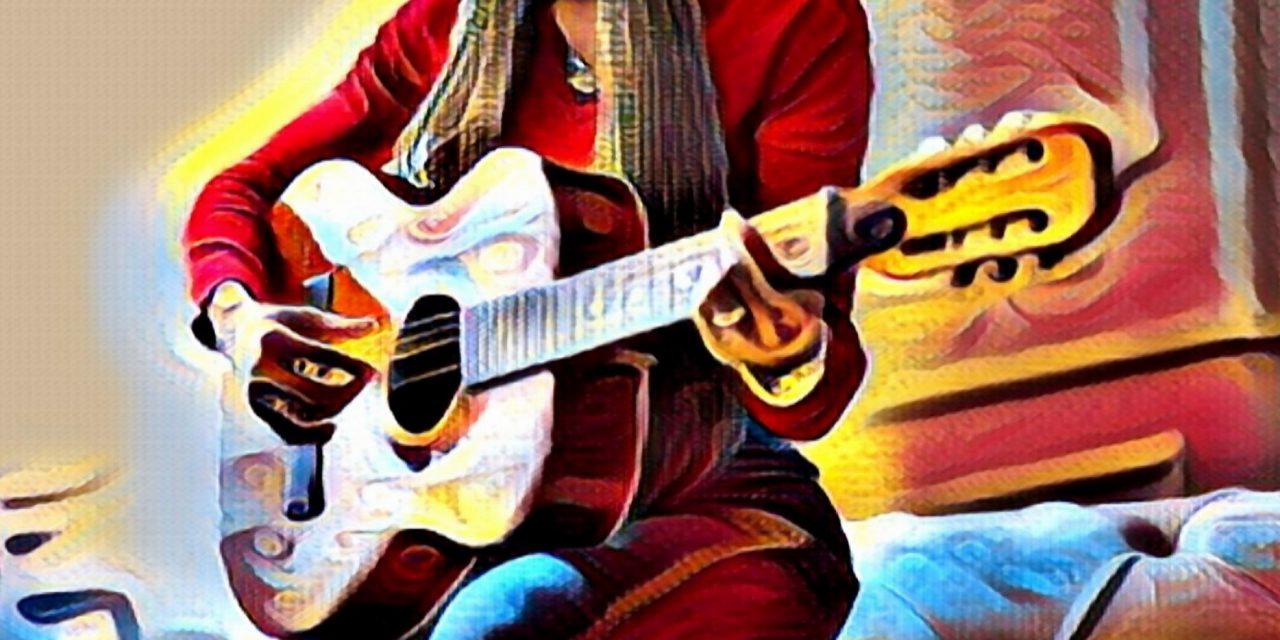 Welcome to our Primer on Guitar Left Hand Position! Whether you are new to guitar or a 40 year veteran, our guide will have your left hand playing at its best. Great for Classical, Steel-String, Rock, Jazz or any type of guitar you can think of! The primer is divided into five sections, each includes a video that covers the topic as well as text and illustrations for further study. Most sections have a metaphor to help you remember the concept (e.g The LH is like a dart game, the LH is like a bike wheel, etc.)

In darts, the farther away one is from the dart board, the harder it is to hit the bull’s eye. However, if a person were standing only a foot or so from the dartboard they would hit it everytime. Apply this same concept to your left hand fingers. As the fingers get farther away from the fretboard they get less and less accurate (and take longer to get there). If you can keep your fingers very close at all times they will be much more likely to hit the bull’s eye. By keeping the line of the knuckles parallel to the strings (see Guitar Left Hand Position – Front View) each finger is placed at an equal distance from the fretboard. The most common mistake players make is to have the first finger (Left hand index finger) close to the fretboard and the fourth finger (left hand pinky) several inches away. That puts your weakest finger (the pinky) at the greatest distance. The poor little finger needs all the help it can get, keep it close to the fingerboard. 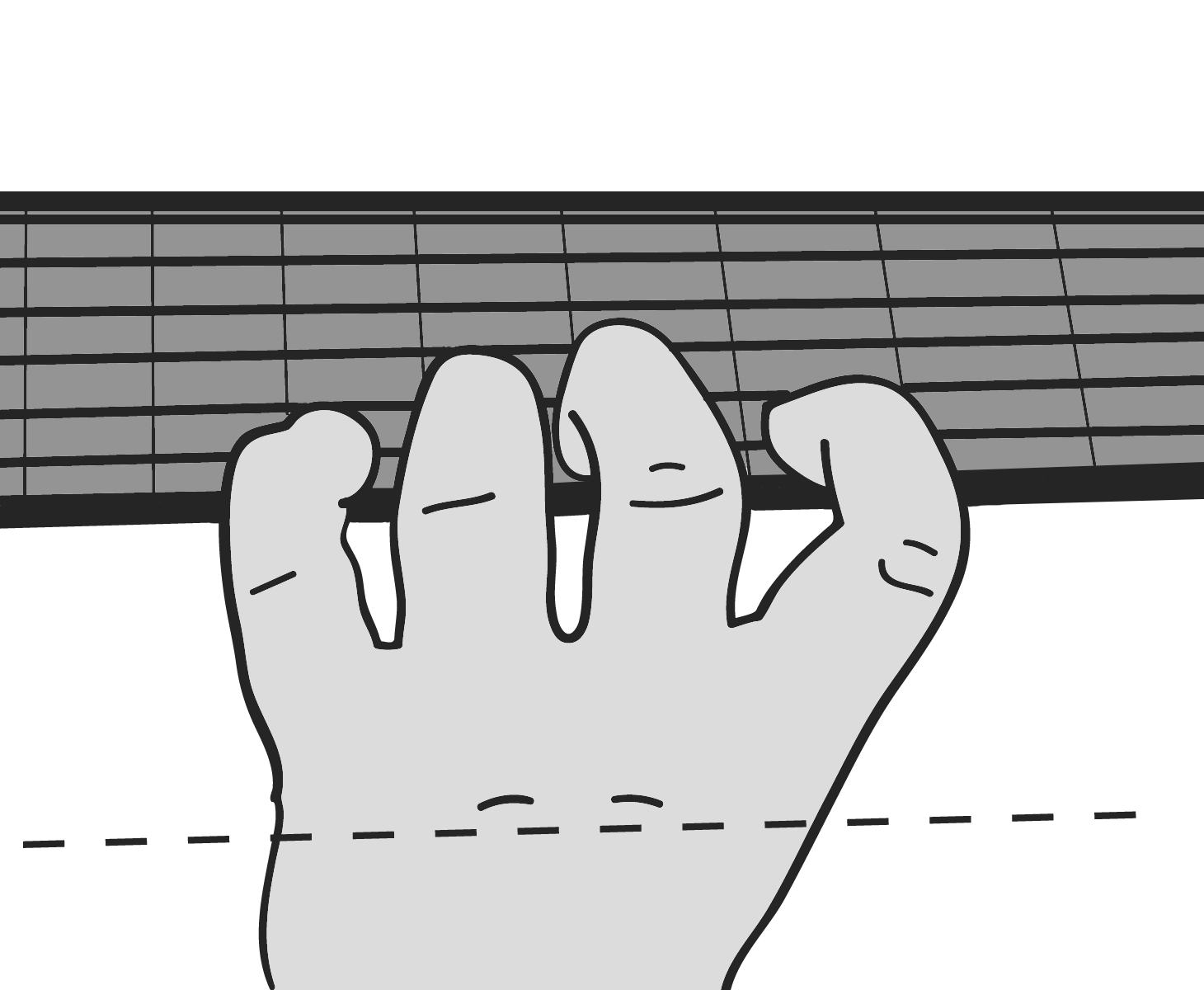 2) Know The Role of Each Joint

The role of the knuckle in the left hand is to provide power and positioning. The left hand knuckles cause the finger to come down on the string. They knuckle moves the finger into place on the string. Don’t try to gently land on a string but rather have the knuckle move quickly until its motion is stopped by the fretboard. The knuckles also have a secondary function in that they stretch horizontally (parallel to the strings) to help fingers reach their frets. This stretch helps avoid unnecessary hand movement and is usually necessary in fingers one (left hand index) and four (left hand pinky). Now it should be said, that depending on a person’s hand size they may need to move the hand slightly to reach (especially the fourth finger), but try to keep this to a minimum and let the fingers do most of the positioning.  Not a lot of stretch, just an 1/8 to a 1/4 inch will probably be all the finger will give. Think of Spock and the Vulcan greeting. The first finger moves toward the thumb and the fourth finger in the opposite direction. This type of stretch help the player get the fingers in optimum position on the frets. Optimum position is right next to the frets, as close as you can get without being on them (playing on the frets causes a big thud).  If the player plays further back they have to push harder and buzzing of the strings is more likely.

The role of the inner joints is to position the finger on the appropriate string. Your hand shouldn’t move up and down as you change the string you are playing on. Instead the two inner joints on the left hand curl the fingers into the appropriate position. Thus when a player needs to play on the first string (the smallest string closest to the ground) their finger is very curled, an when they play on the sixth string they are gently curved. The fingers shouldn’t flatten out (except on certain types of chords called bar chords) Fingers on the guitar all always curved. Don’t let the inner joints collapse. The finger should be positioned so that the string is being held down with the finger tip close to the left hand finger nail. Try to come in contact with the strings in a straight up and down manner so that the fingers form a right angle (Ahh more flashbacks to 9th grade Geometry, just wait until we get to the guitar proofs!). Failure to play on the finger tip will result in hitting adjacent strings and much frustration when trying to play chords. 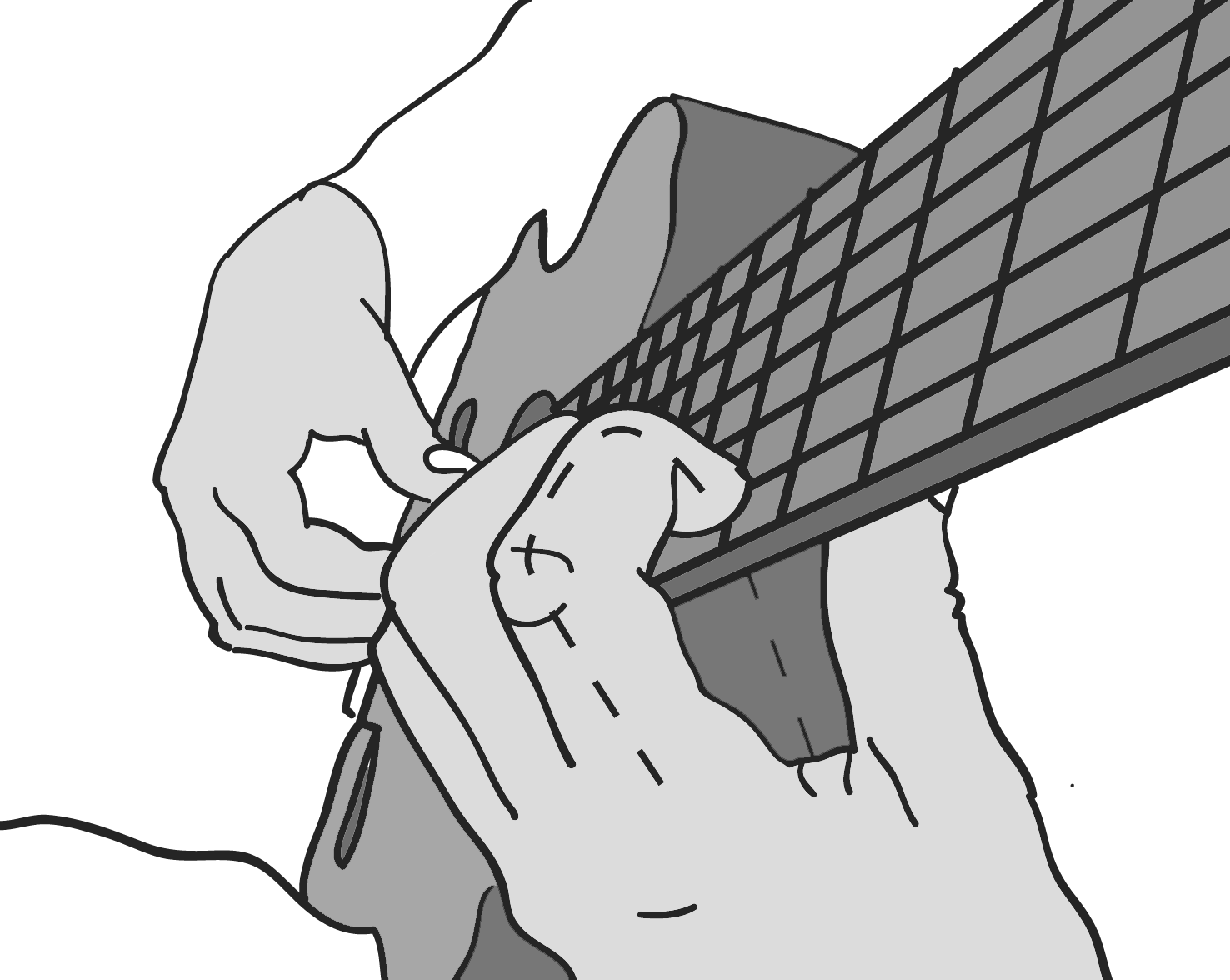 3) The Thumb Stabilizes the Left Hand

The more a boat moves the more difficult the ride. Now those left hand fingers are busy trying to hit some fairly precise targets (much like a dart game remember) Imagine trying to play darts on a boat being tossed to and fro among the waves. Not a pretty picture is it? A boat is designed to minimize any type of movement. Below the boat is a tiller (usually a large underwater fin) that keeps the boat steady. Likewise your left hand has a thumb to keep it steady. Thus the thumb should stay in one position helping your left hand stay relatively still and letting your fingers play their dart game in peace.

The primary role of the thumb is stabilizing the left hand. It should be positioned in a comfortable central position on the back of the neck. It shouldn’t peek out above the neck (unless you are Andre the Giant Hand). For small hands it should be about halfway up the back of the neck and toward the top (directly behind string five) for players with larger hands. Never use it to play notes. This causes the wrist to be contorted when it should be straight and comfortable. Note that the primary role of the thumb is not to squeeze the heck out of the neck so the notes sound good. That is the role of the arm.

The second most common mistake concerns the angling of the fingers. Look at the drawing  (Guitar Left Hand Position – Top View) and notice that the left hand fingers all point in toward a central point, more or less the location of the thumb. What most players do is to have all the fingers pointing in the same direction back toward themselves. This puts fingers three and four at further disadvantage. All of these tendencies stem from players setting the first finger up so that it is good and comfortable and making all the rest  fit in as best they can. Not good. Instead work for a balanced hand. Set up your middle finger so that it is comfortable, and comes more or less straight out of the fretboard ( Guitar Left Hand Position – Top View ). If the middle finger is used as a starting point rather than the first finger all other fingers will have less adjustments to make. When the first finger is used it will have to do a little work for a change and the finger will have to stretch slightly to reach its fret. 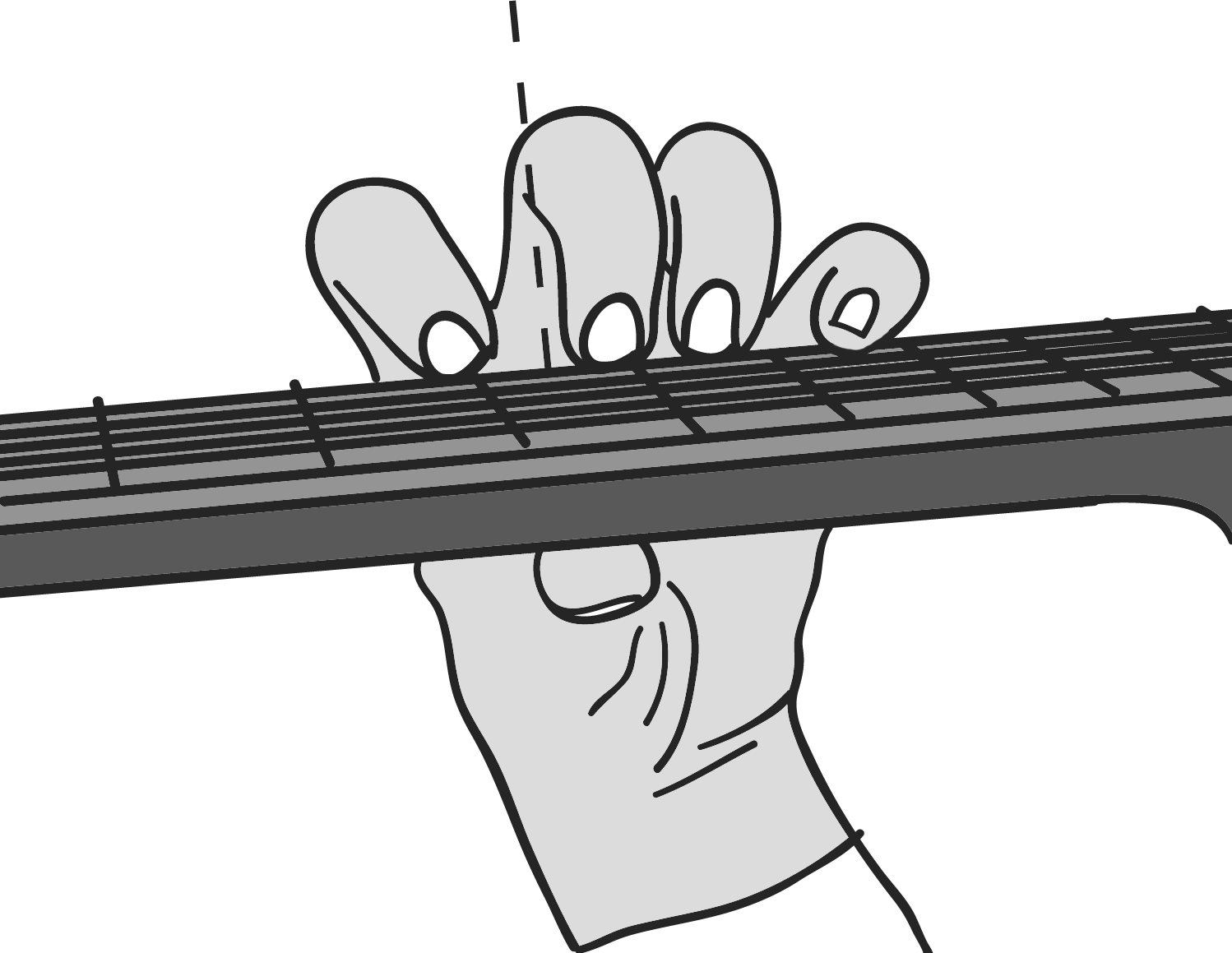 5) Use the Weight of Your Arm

THE LEFT HAND IS DEAD WEIGHT

Try playing notes without using the left hand thumb. (Any finger, any fret, any string, just give it a try) Notice that you have to use your arm strength and that the body of your guitar feels like it would fly away if your right hand forearm were not keeping in place. By using this type of strength when playing notes on the left hand the poor little thumb won’t get so tired. In fact you can rely mostly on the weight of you left arm (if you are seated correctly) to hold your left hand fingers down on the fretboard. Add just a little extra squeeze from the thumb and voila! Great tone, no buzz, minimum effort.

The Natural Classical Guitar – by Lee Ryan – This is a classic! William Kannegiser once called it “Zen and the Art of Guitar.” It covers technique, memorization, nail shaping, and more. Out of print but there are copies out there…

Pumping Nylon – by Scott Tennant – I bought a copy when it first came out in the 90s. The cover is gone and its taped together, but I still use it. Lots of good exercises and technique tips.

Also check out our article on How to Sit, which is super helpful in getting your left hand placed correctly.

* FYI Links are Affiliate Links. That’s how I make my millions….er…hundreds….cough….pennies? 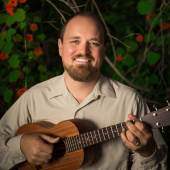 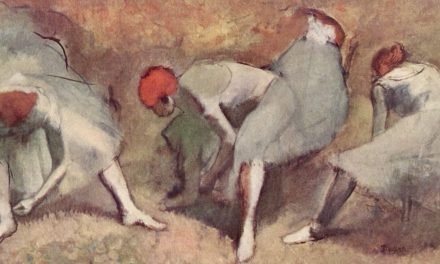 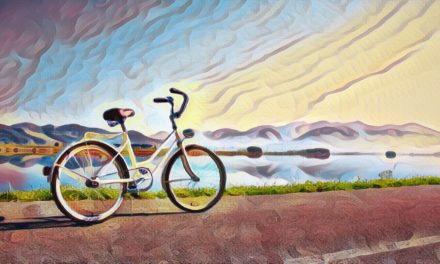 Quick Tip#3 – More on the Thumb 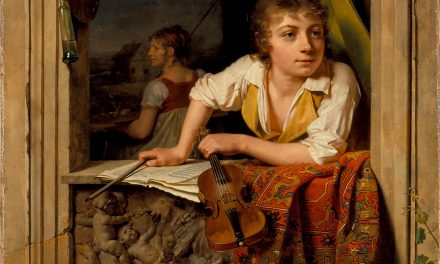